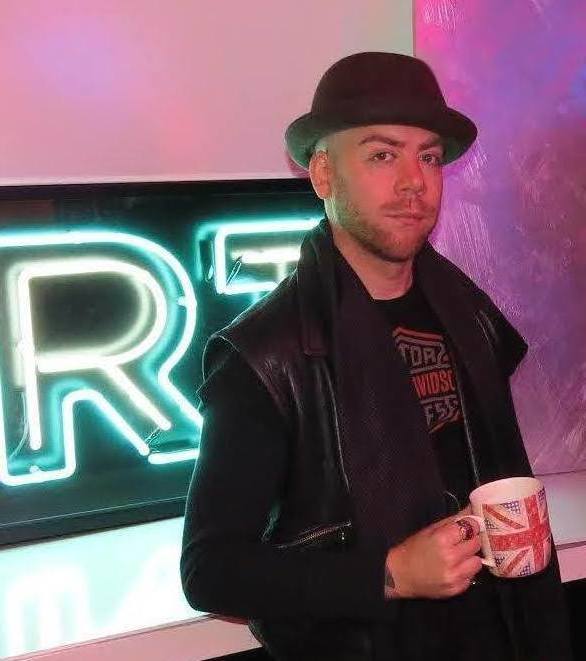 Silverlake Street Art is being revolutionized by fashion painter and artist Richard Arthur. 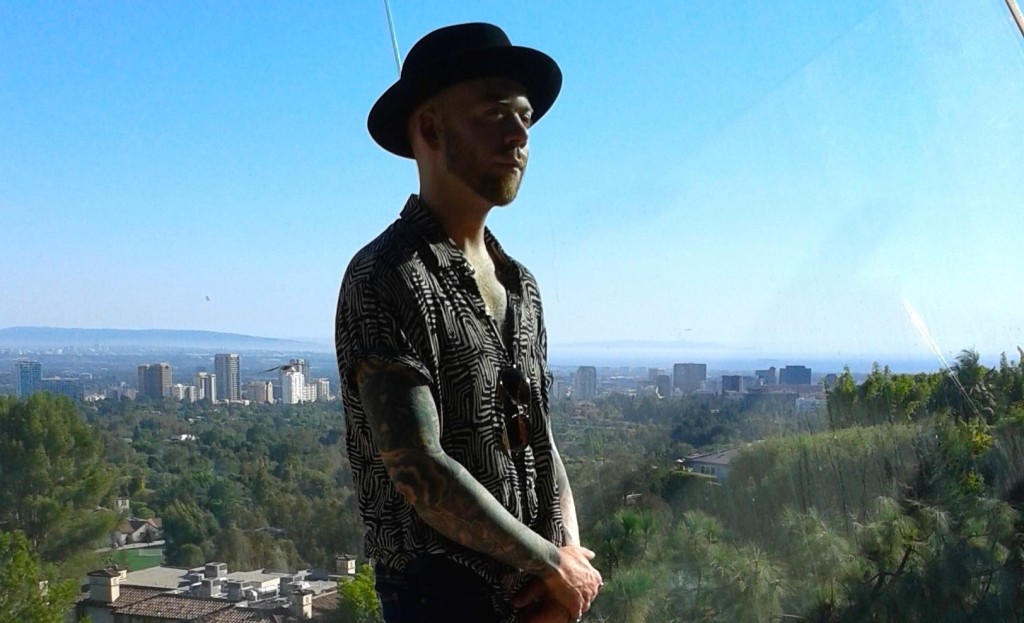 Photographed at his meeting with James Goldstein at the Lautner-Goldstein House.

California born Artist, Richard Arthur has art in his blood. Originally from a family of working class artists, his grandfather Joe Campbell had a syndicated comic strip called ‘Bonnie’ in the Sunday papers across the United States.  Joe Campbell also worked alongside Bob Kane, inking some of the original Batman comic strips in the 1950’s.
Always a classroom doodler in primary school, Richard Arthur was coaxed into AP Art in high school and voted most artistic by the yearbook staff. After high school, and a brief spell at Laguna College of Art and Design, Richard left the 4 year program behind. Growing restless of that he and set out for the shores of San Diego where he spent time learning his craft and partying like an adventurous 20 something year old. 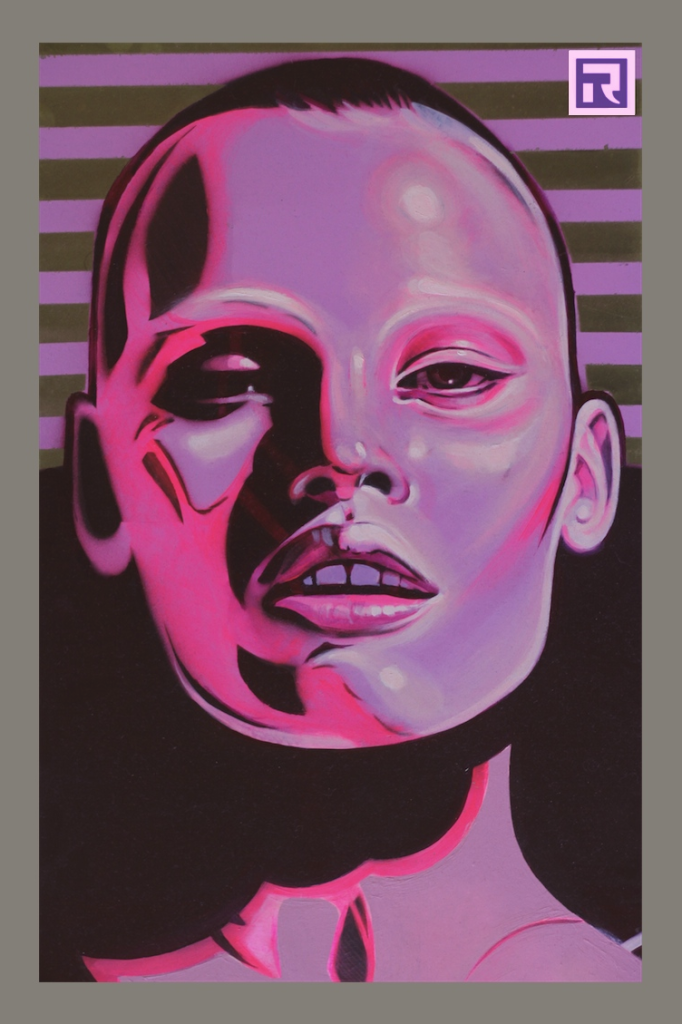 Around 2006, Richard was invited to participate in live artshow events with Fieldtrip Entertainment in San Diego. In doing so, this trip required that he develop a quick and large style of working while becoming comfortable with painting to entertain the crowds. This led him to begin experimenting with a combination of large scale stencil design with some fine art hand brushing skills.  The result was a uniquely bold style of portrait painting that read extremely well from a distance. 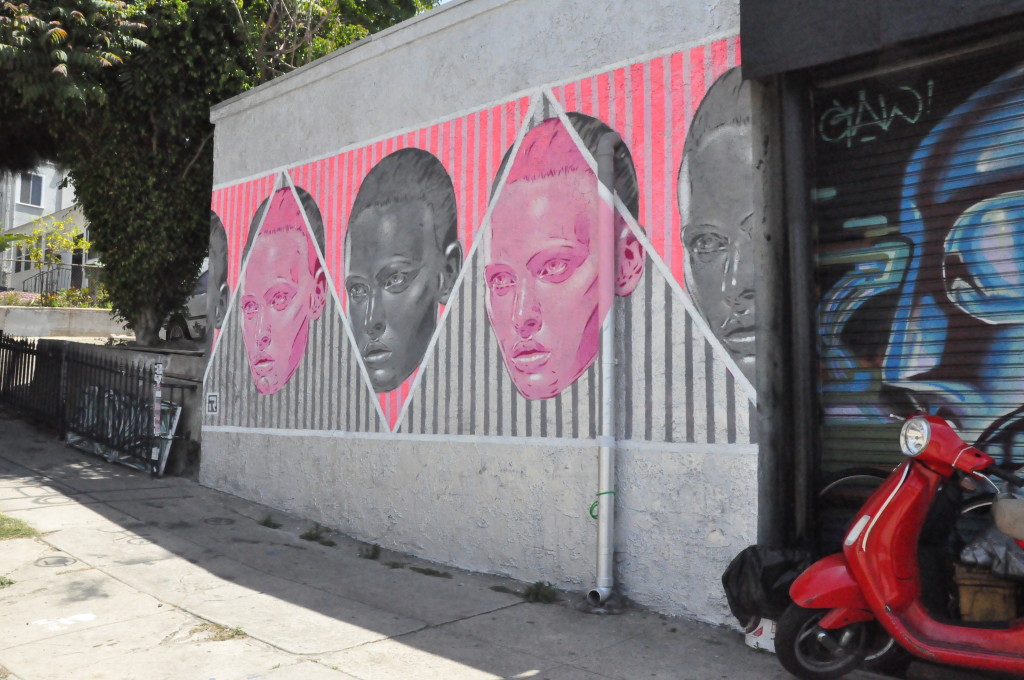 After too long Richard decided he should move to LA to ‘make it big’ in 2008. Actively developing his craft while maintaining a life in one of America’s craziest cities. His life in LA afforded Richard many private portrait commissions including a custom piece for the Lautner-Goldstein house. (Pictured below)  True to his roots, Richard has a history as a working artist, creating hand designed backdrops for red carpet premieres, as well as working on high profile magazine parties and events. Paper Magazine and Levi’s hosted his live creations, where he painted on fashion items. 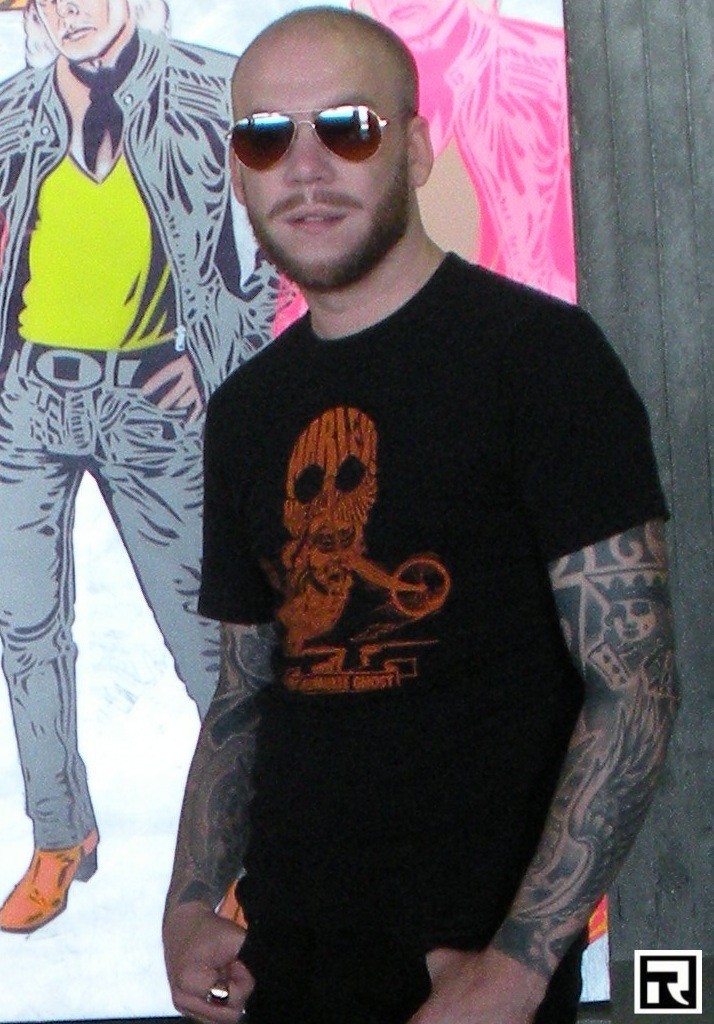 In 2011 Richard was on a chance visit to London at an after hours event, Kate Moss walked right up to him and introduced herself. A longtime muse of Richard’s the unexpected introduction was a turning point for him. Suddenly the unnattainable was completely tangible, promptly after returning home to Los Angeles Richard quit his dayjob and decided to place all of the power into his craft, which led to a creative breakthrough. 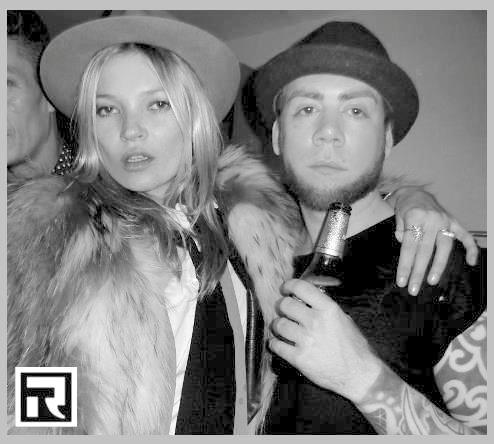 Currently in his early 30’s, with four mural projects under his belt and ongoing collaborations in London with Courty Neon Art, Richard continues to grow more colorful as an artist leaving his mark in galleries and in the streets of the Brighton to Los Angeles.