THE ICONS: Catching Up With Josef Jasso

The cool kids are everywhere these days but they seem to remain in close proximity to LA based photographer Josef Jasso. 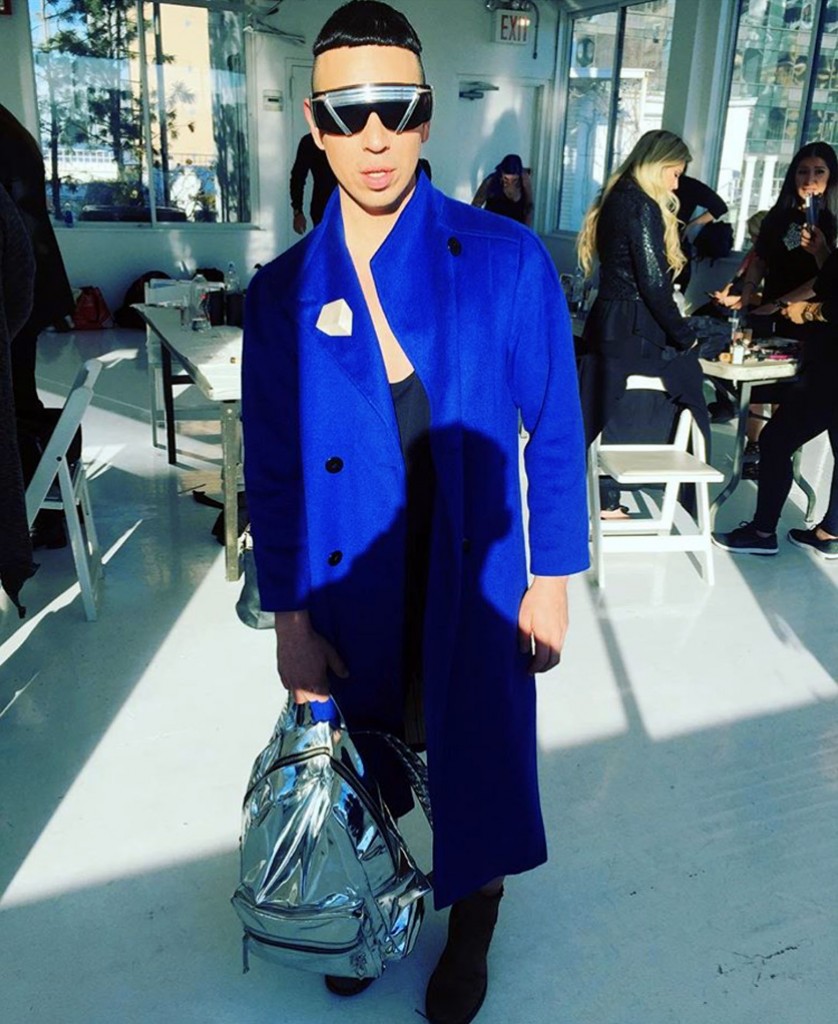 Whether he’s off to fashion week or staying local in trendy Los Angeles, Jasso’s clique is always made up of a unique blend of trendsetters and artistic figures.

What are you working on in LA? Exciting projects that are recently out or about to drop.

I have a lot of editorials and advertising campaigns coming out but the absolute most rewarding thing I’m working on right now is imagery for charities. I recently collaborated with artist / director Rose McGowan to create imagery that is going to help raise money for Planned Parenthood. Which Astonish was on set for with editor Ashely Gomila doing Rose’s make up. Also I’m going to shoot for the Aids Healthcare Foundation to help further educate people on the multi layered topic of HIV / AIDS. I feel like I have been very fortunate to have some of the opportunities I’ve had as a photographer and now I really feel that it’ important to give back and contribute my talents towards something that is important, less topical and can potentially save somebodies life or improve the quality of life.

What events did you attend in New York during NYFW? 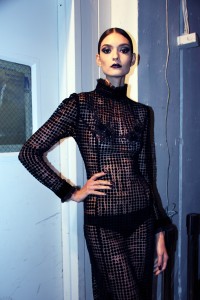 I really love New York City, but there is something even more thrilling about the city during fashion week. You can feel the creative energy in the air everywhere you go during this time. Everything is all about the look in New York, everywhere you go, the events, the nightlife and the people are all giving a look which is wonderful to see cause you don’t get it that much from LA. For me fashion week is really is a mixture of work and fun with my schedule of photo shoots , fashion shows and parties. I shot backstage a bit for Georgine, i really loved the collection.

I would have to say though -that every season the buildup for my fashion week has always been The Blonds presentation, which is always at the end of the week. I have shot backstage the show for the past three seasons and it never disappoints. The backstage scene at The Blonds always presents some of the most glamourous photo opportunities for me. The models are in one room running back and forth from hair and makeup while wearing these insanely gorgeous garments. Then you have another room that is much smaller room that is filled with some of New Yorks most well-known nightlife personalities mixed with some of the world’s biggest celebrities and their all on and camera ready. I don’t typically shoot events but shooting backstage at this show really makes me feel like I’m Ron Galella photographing all these stylish moments at Studio 54. 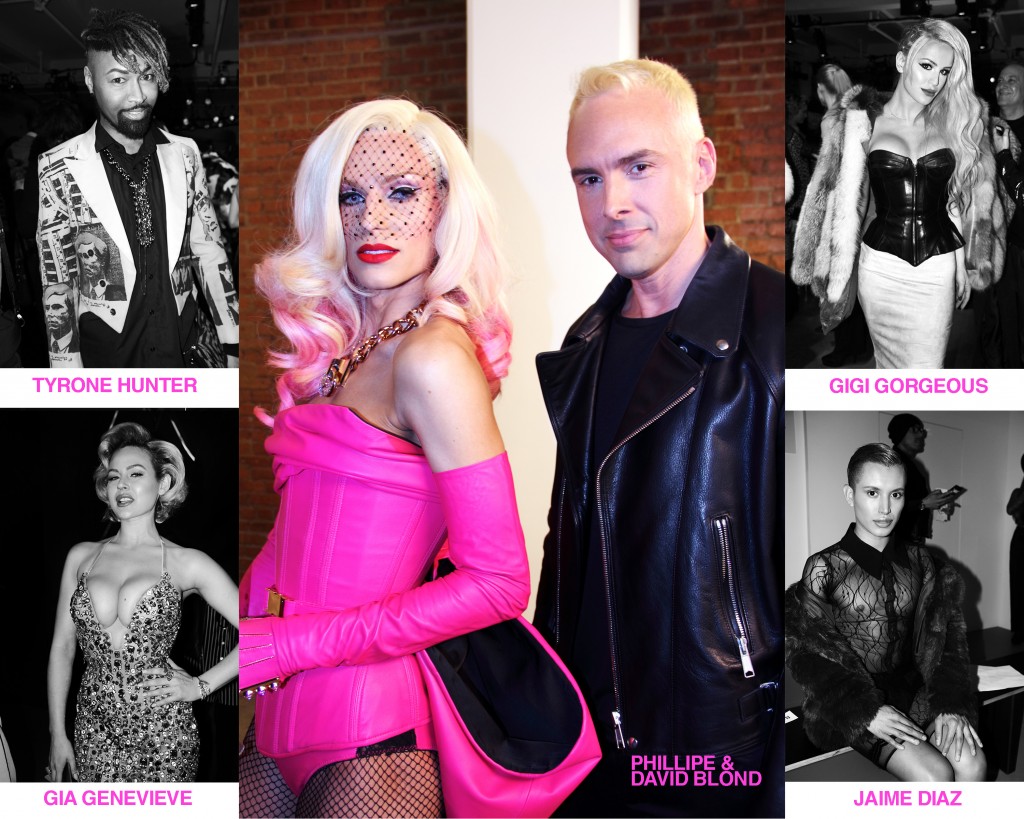 Did you hit up any hot spots for dinner or drinks?

Cafeteria, I always seem to end up at Cafeteria every time at least 3-4 times unintentionally. They have the most perfect food to eat after you get out of the clubs or fashion show after parties late at night / early morning.

What area did you stay in?

We rented out a cutesy modern apartment in Hell’s Kitchen for a week and it was in the center of everywhere I needed to be. It was ideal for entertaining and having several guests over for cocktails, so much better than a hotel. We even threw a dinner party in honor of my friend, eyewear designer, Stevie congratulating him on the success of his runway presentation, which then turned into an impromptu photo shoot for his new CABIN collection. Always creating!

Fashion Week seems so overwhelming yet thrilling. What were the most exciting moments during your trip?

I would say there was two moments that stood out the most during this NYFW. One being the Stevie Boi fashion show and the other was photographing Amanda Lepore. This season Stevie Boi’s runways presentation was hands down the best show I had ever seen him present. The models selected and the mood of the show felt so progressive. I feel that as an artist we all strive for that moment of refinement that is so vital for growth and I very clearly could see and feel that growth in Stevie’s new collection. When I first moved to Los Angeles from New Mexico Stevie Boi was the first person to give me a real opportunity in fashion solely based on my work and even to this day he has continued to be loyal to me and including me in the visual conversation of his brand. I love to see people that deserve it succeed. 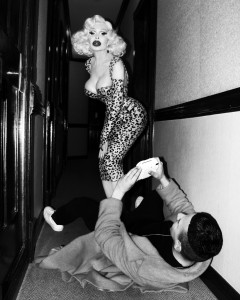 Every time I shoot Amanda Lepore its just such a great experience. I never get tired of taking her photograph and she never gets tired of having her photograph taken. She is the epitome of glamour and the nicest person to work with. She represents, to me, somebody that has lived their life exactly how they want and has been completely themselves one hundred percent. Underneath all that glamour is even more glamour.

Is there anyone who’s made you nervous prior to shooting them?

Everybody! Haha I get nervous every photoshoot. Personally I think nerves are good because it motivates me to want to be good. To answer your question though the most anxious and most exciting person I’ve shot with was Elvira when I shot her for last year’s la Eyeworks Campaign. 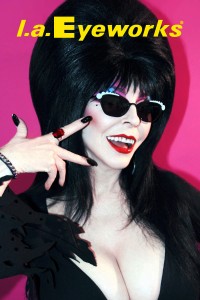 Elvira is not only a pop culture Icon but she is a person that is an Icon of my childhood. I used to watch her movie over and over has a kid. Never in a million years would I think I’d get to photograph her, I mean you don’t see Elvira in real life. So when I booked her I knew that it was never going to happen again. Elvira was the coolest on set. We danced to B-52 records, laughed tons and the best part was she was in character the whole time! YES!

What work of your own are you most proud of?

There isn’t a particular image that stands. I think it really is a collective of images that I have been most proud of just because they all represent how far I have come since I decided to follow my passion and be an artist. I still see myself as up and coming but I can say in a fairly short amount of time my work has taken me to places I only dreamed of as a teenager living in Albuquerque, New Mexico. Its been a lot of hard work and long hours that people don’t really see because its all supposed to appear so effortless but it’s definitely all the work combined that I’ve felt so proud of. My biggest goal in life photography wise is to have a coffee table book of my greatest, most timeless images and that will be my most proud moment so until then I still have some work to do.

If you could shoot any campaign tomorrow, aside from brands you’ve already shot for who would it be?

MAC Cosmetics, without a doubt. I have always been so fixated on the visuals MAC has created for years on all the collections. Every aspect of their imagery is wildly editorial and imaginative. I feel like beauty imagery is my forte and I feel the style of my imagery could be right up there with some of the great images that have defined the brand. Im obsessed with photographing make up because I feel that make up is the closest thing to magic.