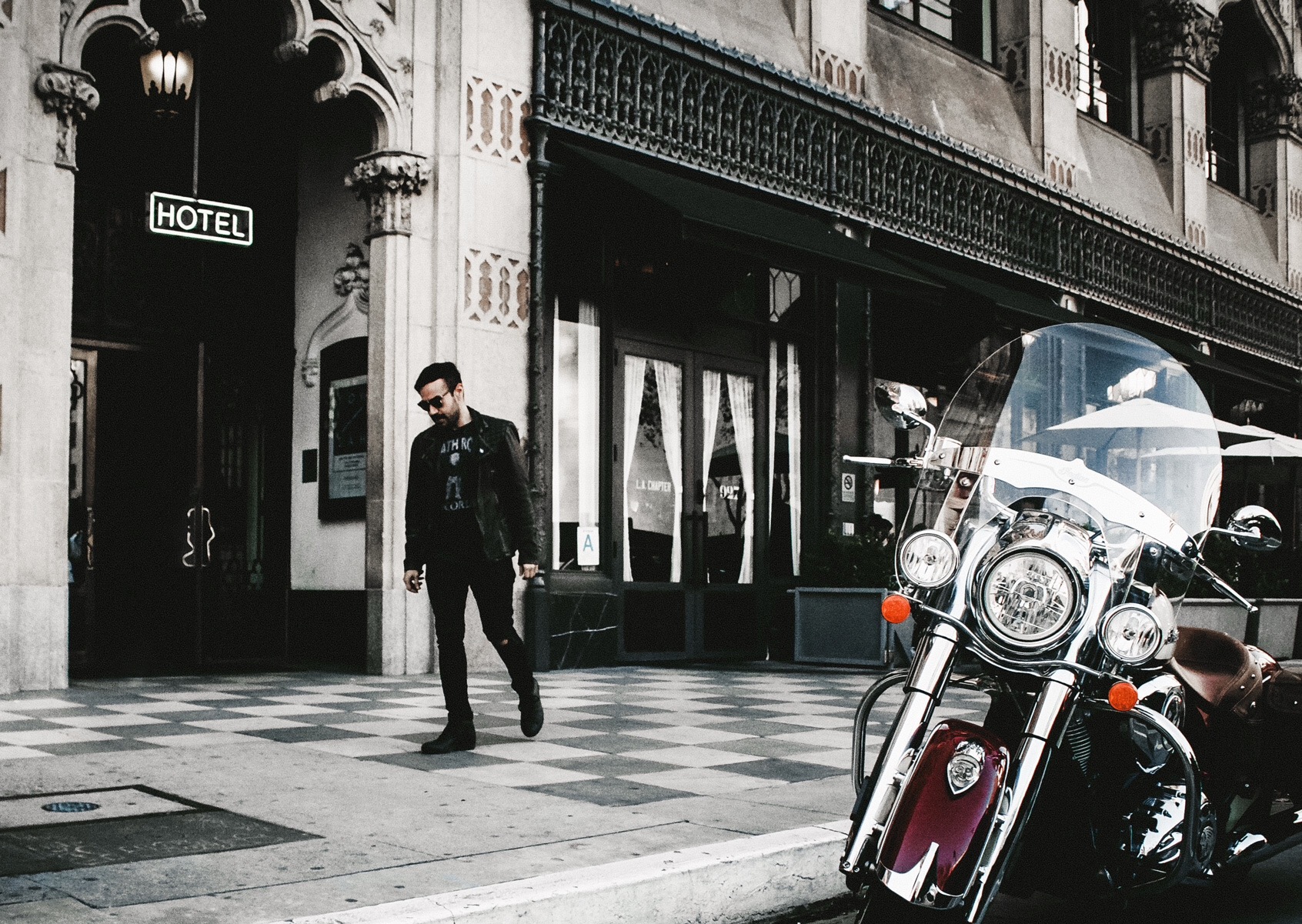 I recently got to sit down with one of my favorite graphic designers, Steven Griffin. He is responsible for the graphics behind brands such as The Well and Lil Death. Steven has impressed me over the years with his technical skills and ability to develop such contrasting brands to perfection.

The Fontana, CA native started out by throwing events at a venue called Avenue at 25, making a name for himself as a promoter well before he tackled design.

Hi Steven, so first things first; do you draw?

Yes, I’ve been drawing my whole life, with charcoals, and stuff like that. I remember being little and drawing comic books. I did comics of my own and strips, I’d make my own characters and it turned into very abstract kind of stuff and I got into charcoal. My uncle really supported that and took me to museums, he pushed me to do that and be creative. So I was the littlest art nerd in elementary. 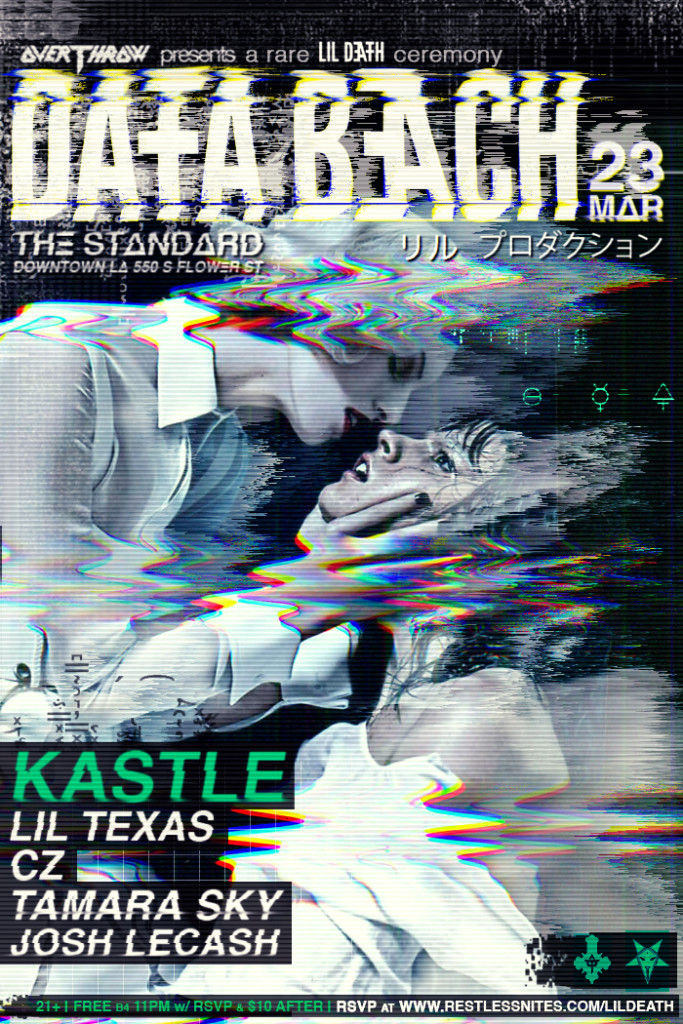 Van Gogh, not to be stereotypical but I remember seeing The Starry Night and that’s where it started for me as far as noticing artists. He’ll always be one of my favorite artists. Then I remember that there was this guy and I started seeing all of his drawings, Kurt Halsy Frederiksen and he was doing more cartoonish drawings but his drawings were really good. I’ve always wanted to see a show of his, but I don’t even know if he still shows anymore.

When was the last time you drew something and what was it?

I drew over the weekend, I draw faces, mostly women I know. I love drawing eyes, you build everything else around it. I hate drawing hands, they always comes out weird, or something weird happens with the forearm. When it comes to the hands part, they sort of look like nubs, lol.

How did you get into graphic design?

One of my friends, his name is Tim; he works for Dim Mak now and he used to do flyers for an event we used to do in Riverside. He took a break from it for a while and I didn’t know who could make the flyers the way I wanted, he made them like that. Along the way he kind of showed me things here and there when I’d be hanging out, when he left I was like “Well, who do I use?”

Did you go to school for graphic design?

I went to school after, I kind of taught myself and then I thought that maybe I should get a degree on it. I went back to school, got it and as much as I hate to say it I’ve never used it. I’ve never been asked for my degree once.

Do you feel school is an integral part? What was the most important thing you learned while going to school for graphic design?

SHORTCUTS! The keys, really, it makes it all so much easier. When I was in school I’d know things and I’d ask the professors about it and they wouldn’t know. I hear that from everyone that went to school for anything like that.

I am not mocking it, it’s great to have a degree in it, I’ve just never been asked. Right after I finished my resume and I made it really cool and that’s when I got hired by The Well. I was like “can I show this to you at least?” Just for the sake of showing it.

How did you start working with The Well?

I made a mock up resume and when I was finishing up Jefferson (one of owners of The Well) texted me about something and asked me if I wanted to help out by coming in for a day a week, and it just ended up turning into full-time, so I didn’t really have a chance to put out my resume.

So you also work with The Overthrow which is the collective behind the event Lil Death – how long have you been with them?

What’s your role within The Overthrow?

I help run and coordinate our events, do graphic design, marketing and promotions. Everyone with The Overthrow doesn’t have just one specific job, when I started out doing this I was just throwing nights and it turned into graphic design and then it turned into different things. It’s definitely fun, you don’t have to stay stuck to one thing, I can take a break from design, take a break from throwing events. You meet a lot of good people.

How did you find yourself working with The Overthrow?

I used to work with Dim Mak and I was the event manager and I saw Caleb in line for an event we were throwing and I recognized him. Later on I hit him up we became friends, and he was telling me what their plans were. At that point I was going a different direction from Dim Mak and it just made sense. Everything that we talked about was what I was looking for in a company. The timing was perfect.

Where do you find inspiration?

When I started working with The Overthrow, I was just kind of figuring out my style, design­-wise and when I got into it it was something I’d never seen and I fell in love with it. The first day I walked in to meet up with them, it 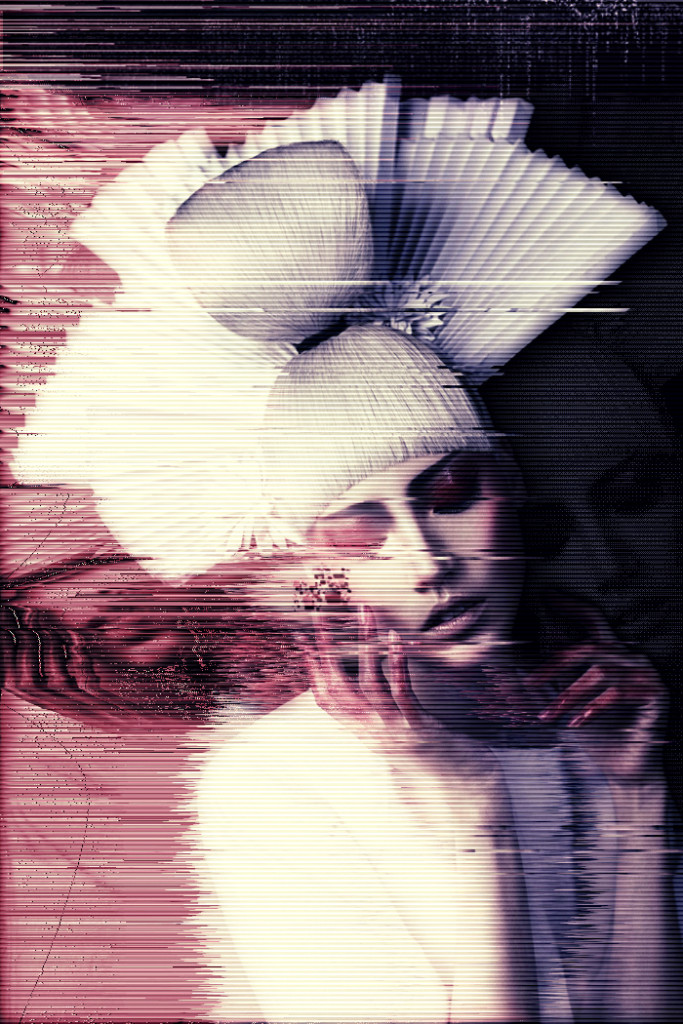 Ok, so The Overthrow and The Well have completely contrasting looks, both brands are very complex, tell me about it.

Well, when I work with The Well I get to do ads, flyers, posters, logos, album cover artwork, magazine ad layouts, photo retouching, sponsorship decks and now we’re doing T­shirt design. And for The Overthrow we do a lot of branded entertainment, a lot of art direction and design­ influenced marketing. We kind of get to give people a certain look, how we think it would look best. It’s fun, Caleb and Tamara have a great minds, so we just put it out there and it’s cool doing all that stuff. I like working with art, like, all the data­bending, glitch art. I get to go from high fashion to cyber punk. With The Overthrow it’s never one person. It’s always a team effort.

How does your creative process work at The Well – are you given a general outline, do you guys do group brainstorming?

At The Well we do a lot of high fashion stuff. Usually it’s Jefferson, Alex, Sal and myself brainstorming concepts on designs. When it comes to flyers we’ll go with the aesthetic of the place we’re doing the event at. As opposed to The Overthrow, where we bring our aesthetic. The Well has a very polished high­fashion vibe, and I like that a lot. Even the stuff I do for The Overthrow, it’s high­fashion but a bit more post-apocalyptic cyber punk solider. The brands are like day and night, even when I look up inspiration I look for ‘dark fashion’ and stuff like that.

That’s another thing I did actually learn in school, you can’t ever use more than three fonts in a flyer or anything like that. I love Helvetica, I just do. Even with The Well stuff, we use a certain font too. My favorite thing about Helvetica was a graphic I saw, I don’t know who designed it but it’s the word ‘Helvetica’ made into Metallica logo. It’s a good font.

What are your biggest challenges when it comes to design?

Trying to come up with new things. Once something is out there and it’s starts picking up and people show interest in it, they love it especially with Lil Death and the aesthetic of it. I am not saying we necessarily started the
glitch­ art thing, we sort of capitalized on it and it became synonymous with Lil Death and then people started to do it. I remember at one point a flyer came out and it was the same exact template to what I was doing. Our
challenge is to come up with new things no one is already doing, something that’s really difficult.

When I first started working with The Overthrow and Alexis showed me how to data­bend, right away he told me “I am going to show you this, but you can’t share it with anyone, you can’t tell anybody or do this for anyone. This is our look” So people would hit me up for freelance work wanting the “Lil Death” look and I’d either pass on it or stear them in a semi similardirection.

Outside of design, and promotion, you’re also a retoucher –

Yes, I actually love doing retouching, I started to do it with The Overthrow-related stuff. No one wants a photo of themselves looking bad in our photobooth. I pretty much taught myself, I learned a bit of it in school. My favorite thing is just kind of going back and fourth between the raw image and finished product. 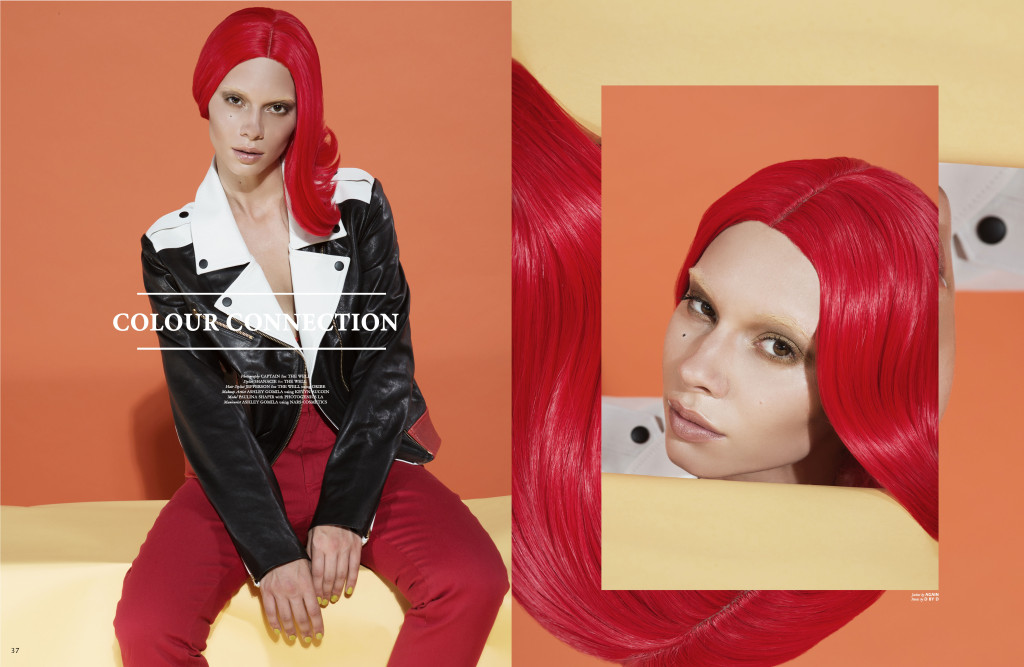 I am already doing my dream projects, both companies have really big plans for the future. We’ve had a lot of meetings about projects and it’s really exciting to be part of both, they’re both inspiring.